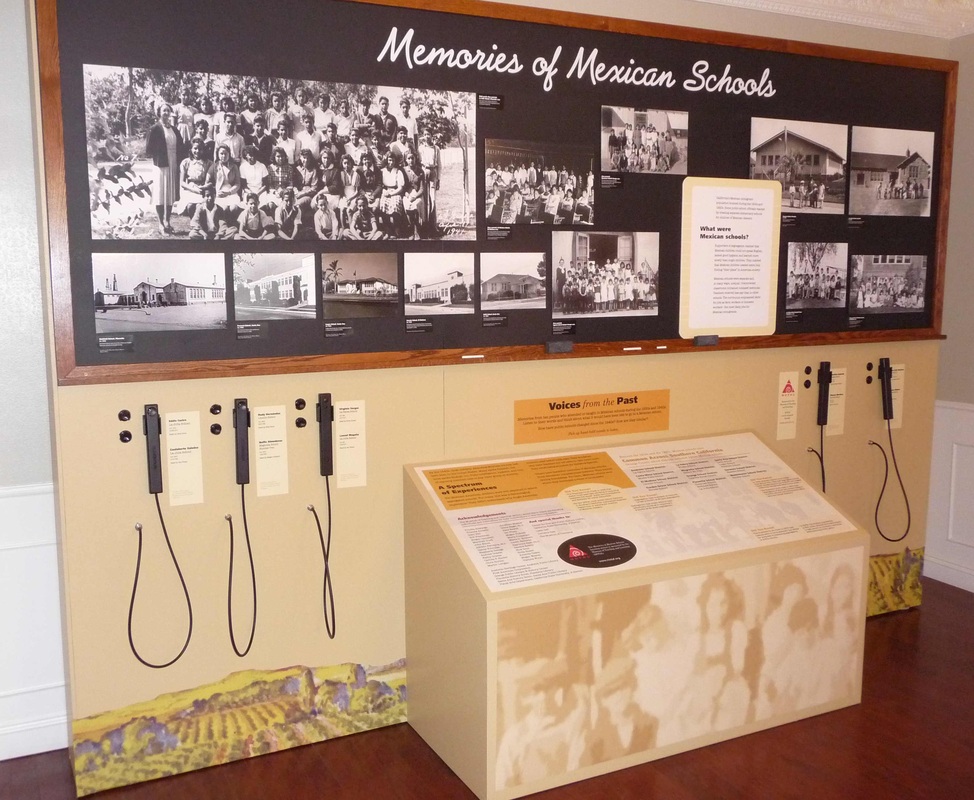 Visitors to this exhibit in a listening station format are usually surprised to hear that there were separate schools for children of Mexican heritage. Inevitably they say, “I didn’t know that this happened in Orange County! In California?!”