Large yearbooks that contain an anthology of the activities and clubs of the school year, as well as photos of the students and teachers, are popular now, but where did this trend start? The Atlantic reported that the first bound and official yearbook— similar to what we know today– was created by Yale University students in 1806. However, individual portrait photographs were not used in yearbooks until photographer George K. Warren popularized the use of negatives to print multiple of the same portrait of staff and students for each of the yearbook copies in 1860. Fast forward to 1940, yearbooks not only contained portraits, but also loads of photographs from school events, group photos of student clubs and landscapes of campus. 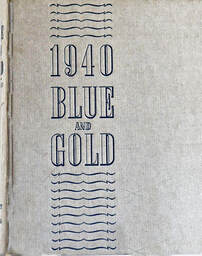 Pictured is the Blue and Gold University of California yearbook from 1940. This yearbook, Volume 67, includes the first seven University of California campuses: UCLA, Davis, Citrus Experiment Station in Riverside, W.K. Kellogg Institute of Animal Husbandry, Lick Observatory, Scripps Institution of Oceanography and San Francisco. It was published by the Associated Students of UC Berkeley, though it represented all of the UC campuses that existed at that time. UC Berkeley— established in 1898– was the state’s first land grant and the first University of California campus. Now there are ten UC campuses and, as the 1940 yearbook page says, “its campuses are spread over the entire state and their influence extends over the entire globe.”
The page below shows a group photo of the California Club on the left and the UCLA homecoming on the right. These photos provide a view into the lives of young adults at the time, wearing 1940s fashions and enjoying their campuses. 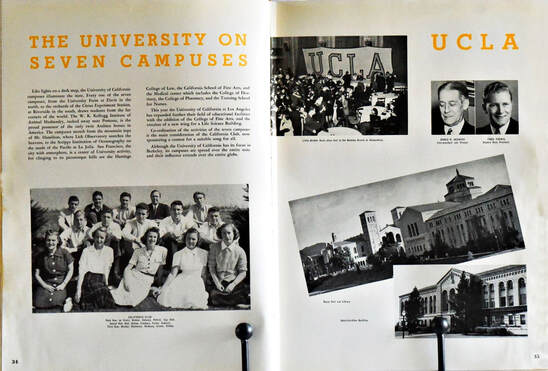 Yearbook Page 1: The page on the left introduces the seven UC campuses
represented in this yearbook and includes a picture of the California Club members.
Donor
This yearbook belonged to Frida Fluck (Winters), one of the first MOTAL supporters, and was generously donated to MOTAL along with some of her handwritten class notes. Frida received her undergraduate degree from the University of California, Berkeley, where she was a senior in 1940. She attended the College of Letters and Science and majored in psychology after transferring from Riverside Junior College, where she took classes in education. The College of Letters and Science is still one of the six colleges at UC Berkeley and now offers over 100 majors. While at Berkeley, Frida was a part of several organizations: Mask and Dagger, Intramural Sports, the Dormitory Association and was an associate member of the International House.

Frida went on to earn her California teaching credential at the— then brand new— California State University, Fullerton in 1960 and spent the following 20 years as a dedicated educator. After completing her student teaching at Raymond Elementary School, she worked as a home teacher for students with disabilities for a decade and then became a special education teacher in Fullerton. After her days in the classroom concluded, Frida brought her passion for education to MOTAL as a committed supporter. 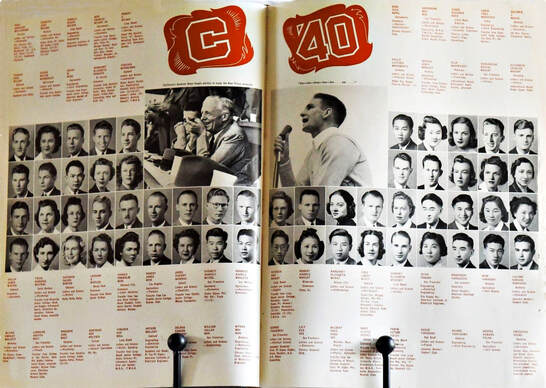 Yearbook Page 2: This page is a continuation of the UC seniors and includes a photograph of our donor,
Frida Fluck (pronounced Fluke) (Winters) on the left-hand side, second row from bottom, second person from the left.

Learn More!
Explore the interactive timeline of the history of the University of California created for their 150th Anniversary: https://150.universityofcalifornia.edu/#intro