In Scotland, they were clustered on the wall for teachers to use for group lessons. Soon American Horace Mann, known as the “father of common school movement,” promoted the use of the teaching slate, or blackboard, in the classroom as an excellent practice.
Because of the low cost and easy utility, and because paper was expensive and hard to obtain, the writing slate board quickly became the primary tool used in most one-room and rural classrooms in America.

​​Donor
​
The donor is Molly McClanahan, a former mayor from Fullerton, California. Her grandmother, Lenora Perry, was the teacher who carried the lunch basket (see artifact) when she rode a horse on an English side saddle back and forth to Eight-Mile Grove School, her one-room school in Nebraska. Lenora had to quit teaching when she married, for married women were not allowed to teach school. A decade later, in 1906, her daughter Wilma attended the same school. She was the student to use the slate. Wilma once explained that in winter she loved to carry warm hard-boiled eggs to school in her pockets. They kept her hands warm.
​
Special thanks to Molly McClanahan for taking the time for our interview (May 24, 2018) at the Fullerton Library, and sharing a wealth of fascinating information. ​ 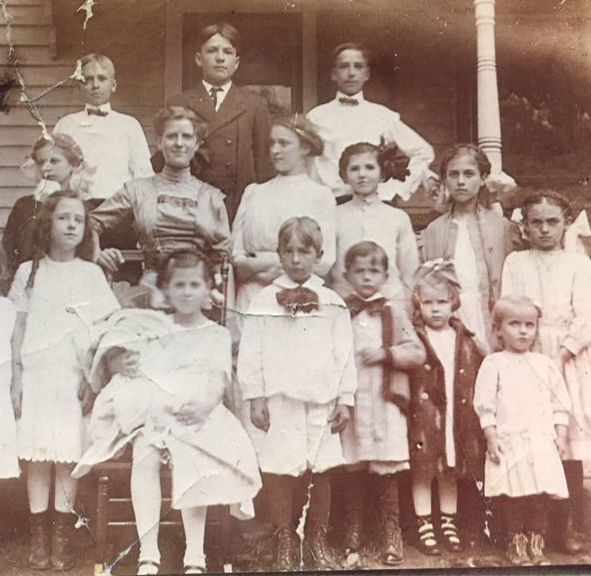 Wilma (second row with large bow) was the student who used the slate.
Learn More!

To learn more about the writing slate, we recommend the following: