​
​Donation Details
​​​
Donated by Margaret Carlberg, a retired H.S. teacher at Cornelia Connelly in Anaheim. Richard Deming, professor emeritus of chemistry and biochemistry at California State University, Fullerton, helped by sharing further details about the chain balance scale. Deming received his BA in Chemistry from Carleton College in 1968, went on to pursue his MS in Chemistry and PhD in Inorganic Chemistry from Northwestern University, and began teaching at CalState Fullerton in 1977.
Richard Deming explains the chain balance’s function in further detail here.
​History

The balance scale is a simple device with a storied history. In their earliest form, scales were made of a beam supported by a fulcrum in the middle, with pans hung from either end. The object to be measured was placed in one pan, then standard masses were added to the opposite pan until balance is achieved, revealing the object’s mass. While this simple form is still used today, subsequent design advancements— a pin through the center of the beam in the 1st century, the invention of knife-edges in the 18th century, and the development of chain balances in 1915 and electronic balances in the 1960s — improved the instrument’s precision over time. This chain balance, known as the Chainomatic, represents a significant advancement in the device’s ability to accurately measure the masses of very small substances.

The oldest evidence of the device dates back to 2000 BC in the Indus River valley, although scholars believe the first scales may have been developed as early as 5000 BC. Archeologists discovered uniform, polished stones with masses of a common denominator, which they believed were used as weighing stones for balance scales.  Similar stones dating back to around 1878 BC were found in Egypt along with ancient artworks depicting the stones and their accompanying scales. One such piece, the Ani Papyrus, produced around 1275 BC and currently held by the British museum, depicts a scene from the Book of the Dead in which an individual’s heart was weighed against the feather of Maat, the goddess of balance and justice. ​ 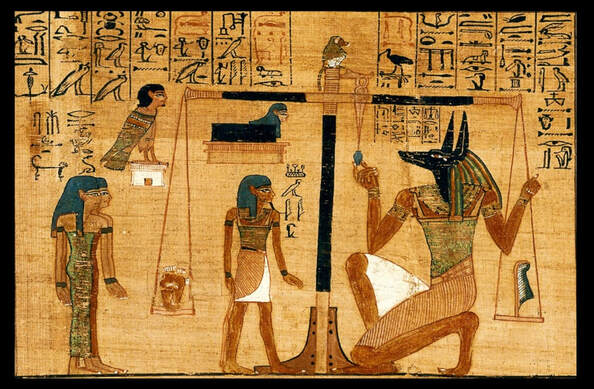 ​​The Ani Papyrus. Photograph by the British Museum / Scala, Florence, courtesy of the National Geographic.
​The balance scale has been used as a symbol for justice and judgement for centuries. The familiar image of Lady Justice comes from the Greek goddess of law and wisdom, Themis. Statues of her likeness adorn the exteriors of government and judicial buildings around the world. Libra, meaning “balance” in Latin, is an astronomical constellation created by the ancient Romans, and its accompanying astrological sign is represented by a balance scale. 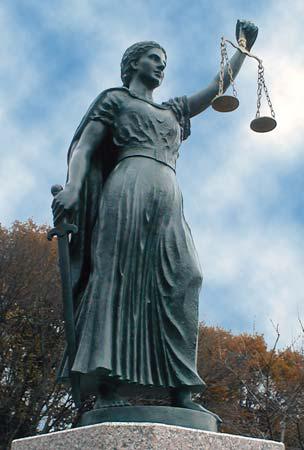 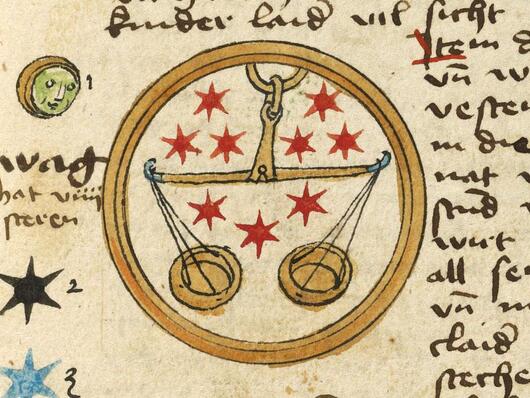 ​​​Watercolor and ink on paper, from a manuscript created in Ulm or Augsburg, Germany, c. 1464; in the J. Paul Getty Museum, Los Angeles. J. Paul Getty Museum (object no. MS. Ludwig XII 8, fol. 57); digital image courtesy of the Getty's Open Content Program.
Learn More!
You can see the development in scale technologies in the Smithsonian’s collection of objects related to science and mathematics here:
https://americanhistory.si.edu/collections/subjects/science-mathematics
​